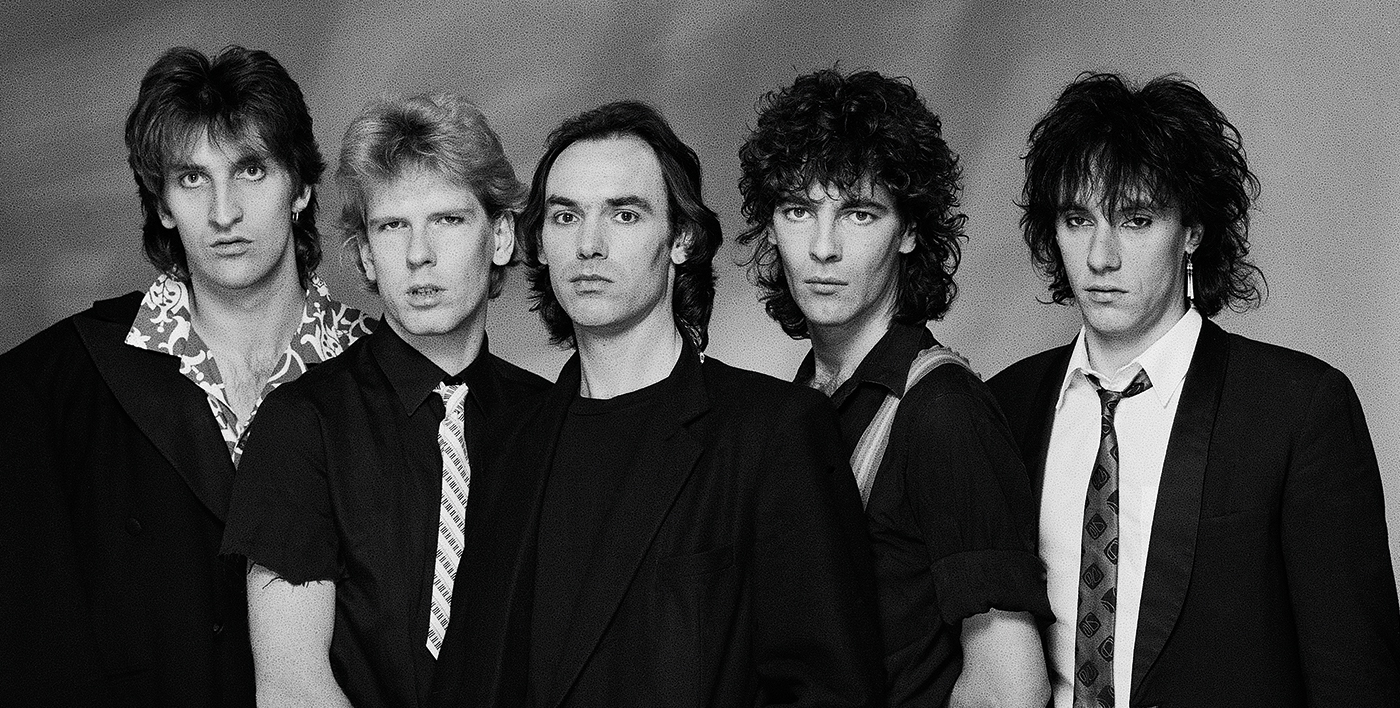 THE RAIDERS OF THE LAST CORVETTE 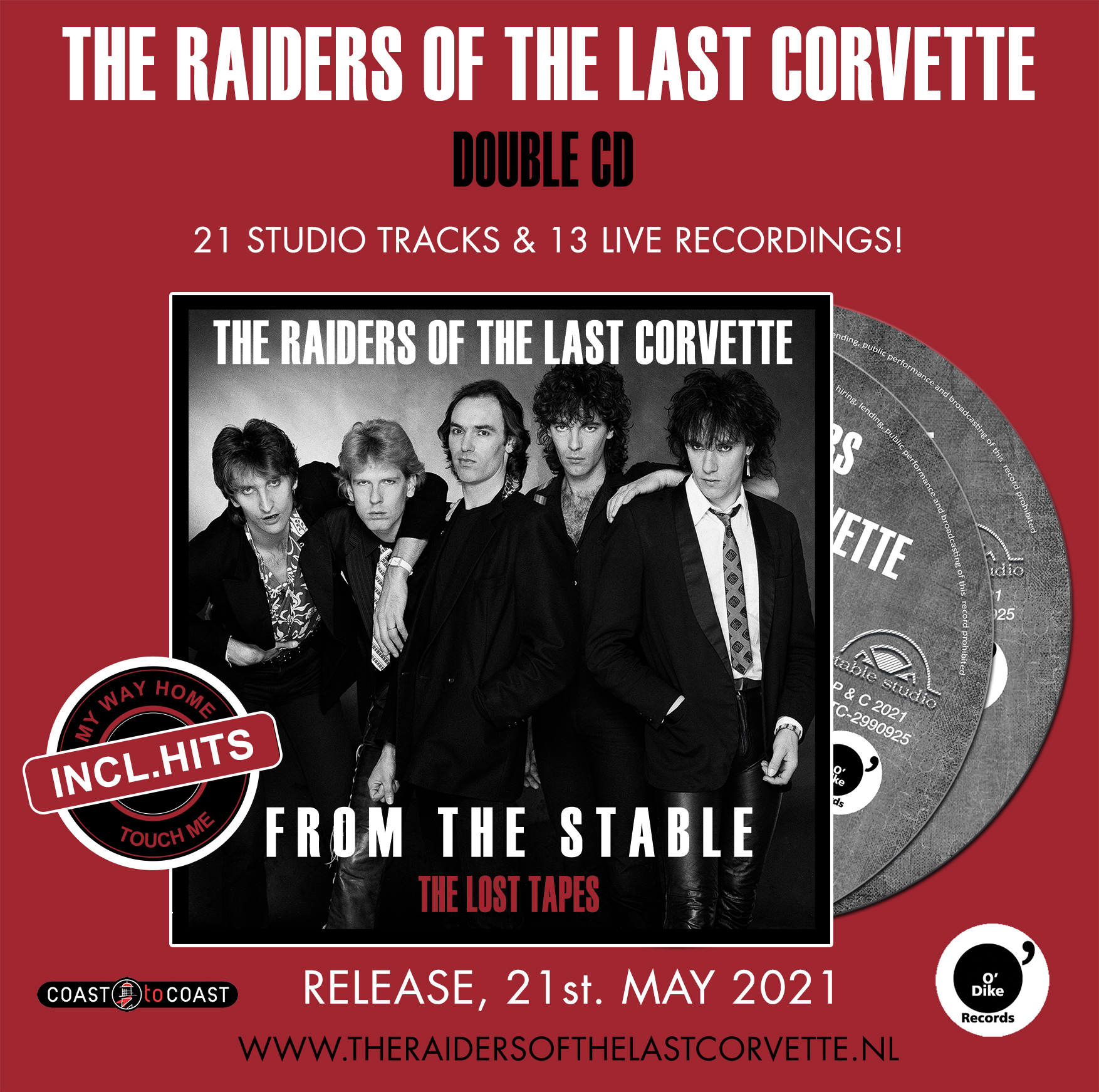 In 1983 Otto Cooymans, Ruud Englebert and Carl Carlton decided to call it quits with their bandleader Herman van Boeyen, leaving the mighty successful and internationally renowned band VITESSE.
They had known each other already since the late seventies, when they had formed a promising CBS signed group called HOLLANDER. It came to no-one’s surprise that swiftly afterwards this trio brew up something new, in founding THE RAIDERS OF THE LAST CORVETTE with singer Anton Verhagen and drummer Bertram Engel.
Due to their great live-performance reputation the Raiders quickly drew attention from the musical press, radio-stations and other media. I remember myself always listening to the popular radio show, Jan Rietman’s “Los Vast”, catching the Raiders performance time and again.
But not only in the Netherlands, also in Germany the boys enjoyed a “great liveband” reputation.
We can call ourselves lucky that one of these German shows got recorded in remarkable quality by their dedicated road-crew, Bert Lok, Frans Slaterus, Jogchum de Jong and Bernard Eshuis!
Needless to explain, we decided to integrate this historical musical-artefact into this wonderful special project. Without a doubt you are experiencing a piece of Dutch/German Rock ’n’ Roll History!
Throughout the last decades Roel Toering, owner and infamous recording engineer of Arnhem’s STABLE STUDIOS, had treasured up all his rare recordings, which until recently never saw the light of day. But then one day Roel eventually came up with a plan to unlock his vault. Together with Roel we soon released our first project, an album with rare VITESSE recordings. Then sadly and unexpected Roel deceased just a week after the release party. However, he had passed on a last wish. It turned out Roel enjoyed and loved his work and production with the RAIDERS so dearly that he insisted on a release of their recordings.

Plenty of unique material for a double album – you might say, an album, that fans have been waiting on for 40 years! Thereupon Mieke, his widow, sent me two CDs with the rough material which I delivered to Ruud Englebert who then did a great job organizing and restoring it with Dirk Vermeij, who took care of the mastering process. The majority of the album includes songs from the original Raiders five-piece-line-up with Anton Verhagen on vocals. Then we also are proud to present a few songs from the short-lived Raiders “Mach 2” period, the three piece formation composed of Bertram, Ruud and Carl, plus the aforementioned live-recordings.
Hands down, it sure has been worthwhile waiting for!

A heartfelt great thank-you goes out to Mieke Eising-Toering, Roel Toering RIP, the members of the band, the crew, Robert Gort, the incredible hard-core fans, Dirk Vermeij, and everybody out there having been involved making it all possible!